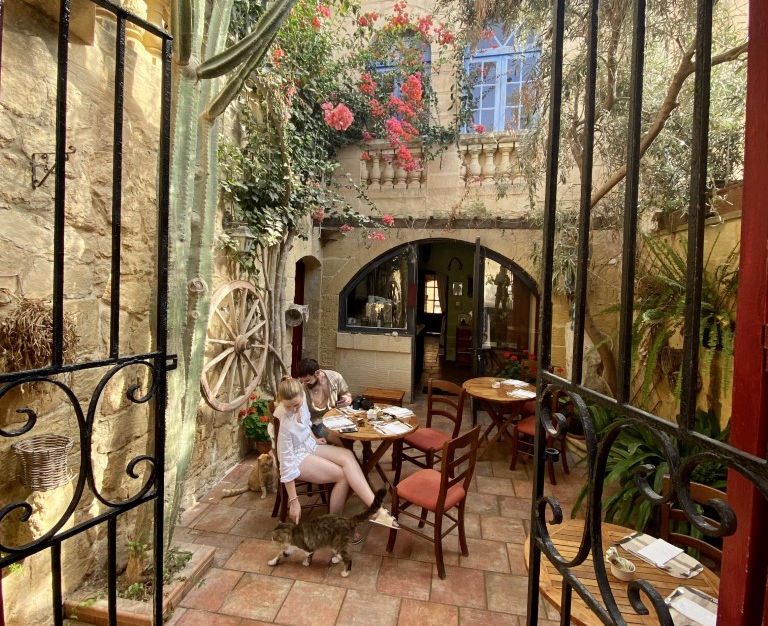 Gozo is a popular tourist destination, and we can understand why. This beautiful island is a peaceful location where visitors may rest and unwind in the sun. It is ideal for folks who wish to get away from the rush and bustle of everyday life. People also like visiting historic Gozo farmhouses because they are only a short boat journey away from Malta.

When staying in Gozo,  travelers may enjoy the best of both worlds: they can rest in tranquility on the island of Gozo while also visiting the livelier, more populous island of Malta by taking a ferry.

Gozo’s tranquil and inviting nature is owed in part to its ability in conserving its rural setting, which is accentuated by lush green stretches of fields and traditional, century-old, farmhouses that dot the countryside or nestle closer to the heart of the village or town. These traditional Gozitan farmhouses are indeed a staple figure in the island’s character, and contribute to the Mediterranean charm.

How were Gozitan farmhouses used traditionally?

Farmhouses in Gozo were mainly small. They housed the farmer’s family and extended family, as well as his roosters, pigs, goats, rabbits, donkey, mare, and farm tools. Each species had its own area, and they all coexisted peacefully throughout the years.

What are the typical features of a traditional Gozitan farmhouse?

The traditional farmhouse in Gozo is distinguished by its forbiddingly plain façade. Thick walls generally border a low and narrow front entrance and, if one is lucky, a front window positioned high on the façade and rarely covered with a wooden’muxrabija.’ The  wooden ‘muxarbija’ is the origin of today’s wooden balconies, and it dates back to Arab times and the habit of keeping women hidden. It served as a window onto the street, but the female viewer was well protected by the louvers that covered the glass. A rusted metal ring is frequently seen affixed to the wall next to the door. The owner would tie a donkey, mare, or horse here.

A traditional Gozo farmhouse’s walls were constructed thickly in two layers, which were packed with soil in between. Building strong walls improved property security, and filling walls with soil or earth improved home insulation.

As soon as you enter through the small door, you will find an interior courtyard. This was the major feature of the farmhouse in Gozo, and all life revolved around this open area, which helped to air the house and keep both animals and children, both of which were typically in abundance. Downstairs, one, two, or three rooms would lead off the courtyard, each with extraordinarily strong walls to keep the cold or heat at bay.

Patterned tiles are another characteristic element to look for in typical Gozo farmhouses. Tiles were utilized in farmhouses for a variety of reasons. They were not only functional since they were highly sturdy and easy to maintain, but they also looked fantastic.

Some very ancient farmhouses had a birthing chamber, a form of alcove in which the ladies of the family gave birth, in the’master’ bedroom. The alcove provided ample room for the doula or midwife and other women to assist the mother during the birth while also allowing the mother to keep the infant nearby in a cot. These rooms may include tiny wall niches that were used to house oil and subsequently paraffin lights. Smaller niches were utilized to contain a holy figure and lights, indicating the residents’ Christian devotion.

Most traditional Gozitan farmhouses had only one room on the upper floor, which was usually used to air hay, the essential fodder for the farm’s larger animals, or simply to feed the mare that brought the farmer to town. However, bigger houses in Gozo contained a number of additional rooms, which were most likely constructed over time to accommodate an extended family

The traditional farmhouse in Gozo has been a prestige symbol for many residents in recent decades, and not just because owning one has become popular. Old farmhouses are harder to come across in their natural condition, and once discovered, they must be extensively restored and adapted to allow modern life. They are now used as a magnificent family or vacation house. These houses exude history, tradition, and mythology, and discovering one that is still intact and has its original features is like walking back in time and history.

Book your stay at Berwieqa, an Authentic 350-year-old Farmhouse in Qala, Gozo

Berwieqa farmhouse in Gozo is set on a quiet road in the picturesque town of Qala. Spend your days exploring Gozo while enjoying the peace and serenity of the lovely farmhouse and its countryside setting. Quality accommodation, a warm greeting, and ongoing help from the owner throughout your stay are all promised.

View the property and enquire here.

Places to Stay in Malta: Malta or Gozo?

Exploring the Best Beaches in Gozo

Planning a family holiday in Gozo